Kristen's interview with the Sydney Morning Herald for 'Personal Shopper' 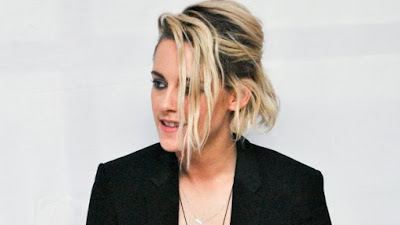 Playing Bella Swan in the phenomenally successful Twilight series brought the teenage Kristen Stewart global adoration and ensconced her as one half of a Hollywood power couple with her onscreen – and offscreen – sweetheart Robert Pattinson.

But far from flourishing under the media's flashing bulbs, the starlet appeared to grow surlier, moodier and more frustrated as each instalment of the gargantuan vampire franchise pushed her further into the spotlight, and for a while it seemed like she may withdraw entirely.

"I was really, really young; I was 17," she says. "It was too insane. It was too scary to try to make peace with how so many people wanted to know every detail about my life. They wanted everything. It was too much. I couldn't break it down and digest what was happening. I was too insecure to lay it out for what it was."

Yet despite the more troubling aspects of her swift rise to fame, Stewart has learnt to appreciate that those years made her who she is today. "It's central to my personal history; it shaped me incalculably and taught me a lot of lessons about myself, about people, about society," she reveals. "It's funny how much I hated the attention. I really hated it – I don't think that was a secret – but now I don't look back at it and mourn and think, 'What an awful time, I'm traumatised.' It more fascinates me."

Now 26, the actress has matured into a confident and outspoken woman. Far from buckling under the pressure to be a cookie-cutter starlet, she is creating her own brand as a punchy LGBTI icon and serious artist, eschewing the commercial dead certs for European arthouse titles like Equals, Clouds of Sils Maria and her most recent venture, Personal Shopper.

Directed by French filmmaker Olivier Assayas – who previously worked with the actress on Sils Maria – the film tells the tale of Stewart's Maureen, an American living in Paris and working as a personal shopper for a major celebrity. Her life takes a dramatic turn when she begins receiving messages on her phone from her recently deceased twin brother and is haunted by his ghost-like presence, sending her into a downward spiral of self-doubt as she begins to question her own sanity.

The film is a showcase for arguably the best performance of Stewart's career, garnering huge praise from critics and earning Assayas the Best Director gong at last year's Cannes Film Festival. But while enormously satisfying artistically, Stewart admits that making the film was a gruelling and lonely experience.

"It was a very emotional film and it's my way of working that I push myself as far as I can go towards reaching those extremes," she says. "Maureen is constantly expending all her energy and frantically moving around because it distracts her from facing up to her grief. But that's what makes the process of acting exciting for me. I feel more alive and fulfilled when I'm suffering and reaching the point of exhaustion."

As an isolated and fragile Maureen teeters on the brink of madness, the film doesn't try to explain the supernatural happenings, but rather explores them as a side-effect of her grief. Naturally, Stewart's own experience as a reluctant, lauded A-lister went some way to helping her relate to her character's isolation. But even so, the actress says here was very little she could do to prepare for such a traumatic role.

"She's an American in Paris; she's an alien in every sense. She's entrenched, entombed in the grieving process for her twin brother. She's a half-person, fractured and broken. This is a woman who wants so badly to believe in anything concrete because she's shell-shocked, because her belief system is completely overwrought by what she's going through. There's a never-ending, crucifying string of maybes which chip and knock away at her logic and at herself."

The film, while not exactly providing any answers, does pose a lot of existential questions about life, death and fate, an aspect of the process which Stewart says "scared, excited and moved" her.

"Because every day, we all encounter things and moments and events that we can't articulate," she says fervently. "Like a vibe from a person, an atmosphere of a place that you can't explain, that you can't touch or see but you can feel. All of us can say we've experienced those minutes of prophecy, where we dreamt of what might happen and then it happens."

It is difficult to determine whether Stewart's career is one she dreamt of, or if it has been a natural evolution of her childhood. Born in LA to parents who both work in the entertainment industry – her father, John, is a TV producer and stage manager; her mother, Jules, who is originally from Queensland, is a script supervisor – Stewart practically grew up on film sets and landed her first big role aged only nine in 2002's Panic Room, which starred Jodie Foster.

She has said she originally wanted to become a filmmaker, an ambition she went some way to fulfilling when directing her first short: Come Swim. "I've never been happier than I've felt working on it," Stewart reflects. "I've wanted to direct since I was nine. With acting, you can work on a project, then walk away after the shoot is over and move on to the next project. As a director, you're involved at every step along the way."

Premiering the 17-minute short at Sundance last year, the Californian beauty promoted it in an interview at the Sundance Studio. Intelligent, sincere and articulate in the interview, she was worlds away from the unresponsive surly teen of the Twilight era. In fact, during her recent stint as a Saturday Night Live host, she appeared to make fun of her "too cool for school" persona with the help of regulars Kate McKinnon and Aidy Bryant, who rode in on an enormous motorcycle wearing ripped clothes and smoking cigarettes.

It was also during this SNL show that Stewart, who's been romantically linked to several women in recent years, came out after joking that President Donald Trump didn't like her because he was in love with Robert Pattinson and because she was "like, so gay, dude". And while she still values her privacy, Stewart is far more open than before. "I've found a way to live my life and not feel like I'm hiding at all," she declares. "And that's pretty apparent for anyone who cares – not that everyone does. But if you had been tracking it in any way, it's more apparent. I'm more relaxed than I used to be."

Alongside her film work, Stewart is fast becoming a fashion icon, having appeared in several campaigns for French fashion house Chanel and developed her own brand of tomboy chic: rolled-up boyfriend jeans with baseball boots; bold pantsuits with elegant heels. Recently she debuted a new hairstyle – a bleach-blonde buzzcut – which sent style blogs into a frenzy, and last year took to Chanel's front row with her rumoured girlfriend at the time, musician St Vincent.

But despite her penchant for Gucci loafers and couture frocks, there's still a side of the fashion industry that Stewart finds frustrating. "I see opposing, duelling sides to the concept of the fashion world and both have a voice – one that speaks to the vulnerabilities of art, the other to superficiality," she says.

"There are those drawn to fashion for the self-gratification: they use it to win the popularity contest. I don't get that, I don't vibe with that. There are the artists, those drawn to beauty, who can't help but weep and be mesmerised at the creation and beauty, which is celebrated alongside the physical form and aesthetic. They appreciate and they live for art."

One might easily mistake Stewart's irritability for apathy, but listen closely and there is evidence to suggest the opposite is true. She is a young artist who almost cares too deeply about the creative process and what art should stand for, and given space to nurture her vision she may, in time, come up with something truly remarkable. Meanwhile, she is finally learning to just enjoy the ride.

"It's so important to be able to understand as soon as you can what you really want in life and to find a way to be happy," she says. "I'm looking forward to everything and I feel really good."

Personal Shopper is in cinemas on April 13 in Australia.