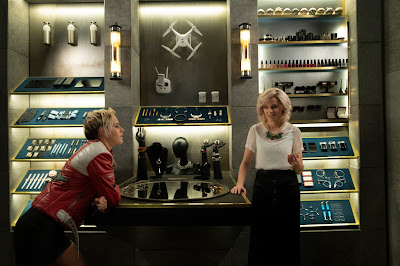 “One of the statements this movie makes is that you should probably believe women,” Banks adds. “We have as much validity in what we’re feeling and how we want to go about living in the world, being in the world, and that was really important to me, that we felt like we had characters that were being taken seriously and given a chance to live their best life.”

How is this reboot going to be more feminist than the original?

ELIZABETH BANKS: I honestly feel that the property has all of the bona fides of feminism already built in. I really didn’t have to do much other than honor its entire history. By that I mean, the original TV show was about women who went to the police academy but then were not allowed to actually be full police officers. They were given the jobs of desk clerk or meter maid. Charles Townsend came along and said, “Now they work for me, my name is Charlie,” and gave them the opportunity to live their best life. I feel like this entire endeavor is about giving women the opportunity, including myself, to participate fully in a really big action franchise. We’ve done it. It’s been something that’s been in the DNA of Charlie’s Angels from the beginning.

How did you incorporate the women’s sexuality into this reboot? Was that a big factor for you since it was such a big part of the original?

BANKS: We don’t really – we play with that trope and then we dismiss it pretty early on in the movie. The women in this film use their brains and their wits. We had a mantra which was we are going to fight smarter, not harder. That was how we approached most of the action sequences in the movie. The women in the film, for instance, I had another mantra on set which was everybody gets to wear what they feel awesome and comfortable wearing and what they want to strut around in in this movie. Whatever makes her feel best coming to set. That was the attitude we had about how we shot the film. There’s not a big romance particularly in the movie – we have a little romance in the movie. But the movie is really about the women working together and solving a crime story and helping Naomi Scott’s character take down a big corporation.

When it came to your approach to directing action, where did you find inspiration?

BANKS: Yes, I looked at a lot. I loved Tony Scott movies. I looked at a lot of Tony Scott movies. We also looked at Mission: Impossible a little bit. I love the interplay of those characters, the banter that they had, especially in the latest set of movies. When I originally pitched to direct Charlie’s Angels, it was right after Rebecca Ferguson had been in that Mission: Impossible movie and I was so inspired by her and excited for Wonder Woman which has since come out which I also looked at a little bit. We don’t have super powers in our movie so I don’t have golden lassos to play with. But we also looked at Atomic Blonde and John Wick.

Are there any nods to the originals or easter eggs in the new movie?

BANKS: [Laughs] There are! We have a lot of easter eggs in the movie actually. We really pay homage to a lot of the history of Charlie’s Angels, from costumes that we feature and props and photos. And … the Townsend Agency was founded in the ‘70s and that mirrors the timeline of the women’s rights movement as well.

What was an aspect from the originals that you were most proud that you got to update for this film?

BANKS: I just love the idea that this is a franchise that’s not about a singular hero, it’s about the women who work together. There always were those three women in the TV show. Back in the day they had the Six Million Dollar Man. This was about a team of women who got to work together. I just have always loved that. I love the idea of fighting bad guys with your friends. I think that’s really important and something also that people love seeing right now. You see that with the Avengers movies, I was in Power Rangers with Naomi Scott. People are responding to that in a way that even the Spider-Man movies now, you want to see Tom Holland but you also want to see his best friend help him. I just love the idea that Charlie’s Angels has always been about a group and not about a singular hero. I think that women collaborate. It’s a natural thing that women do anyway. We naturally collaborate, we naturally like to work together. We need each other. We recognize that. We like the support. That whole feeling that it takes a village is something that I respond to and that I wanted to tell a story about. We did it in the Pitch Perfect movies as well. This was another way to see a movie about women working together.

This movie is rumored to show a side of Kristen Stewart that people haven’t seen before. What can you say about that?

BANKS: [Laughs] Absolutely. First of all, she is a legit action heroine. There’s no doubt about it. She’s super badass in the movie. She did so many of her own stunts. Did all of her training. They all did. They all did weapons training. They all did stunt training, fight training, driving, we all took driving – not lessons but we all had to go through and were all put through our paces in all of those areas. And then she’s really, really funny. I think she lands as many jokes in this film as any comic actor working today. I think that will really surprise people.

What were you looking for when it came to casting all of the Angels?

BANKS: When we were casting the movie, I wanted really fresh faces. I wanted a diverse cast. It’s important that women, the audience for this movie, sees themself in some part of this movie. I think that’s really important. I want the audience to feel a sense of ownership over the film, that they could be in this movie, that they could live in this world, it’s a real message. It’s a movie that I want to entertain all audiences but I did want to make something that felt important to women and especially young girls.

What do you hope longtime fans of Charlie’s Angels get with this reboot?

BANKS: I hope that everybody who loved Charlie’s Angels for the female camaraderie and the action and the fun factor, you’re going to get all of that and more with this movie.

Source
Posted by Mods TeamKristenSite at 4:07 PM No comments: Source
Posted by Mods TeamKristenSite at 3:59 PM No comments: 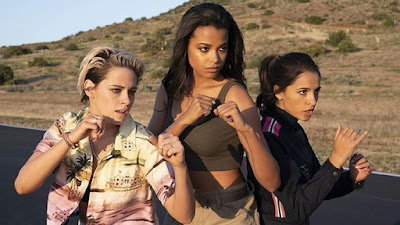 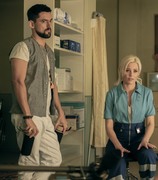 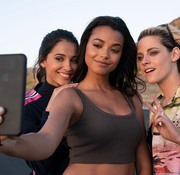 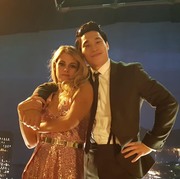 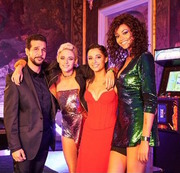 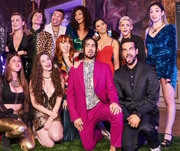