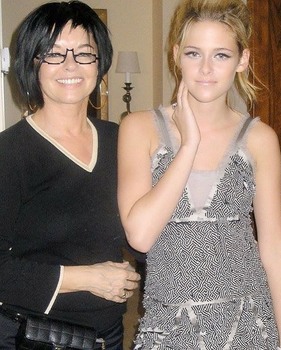 Thanks to Bon_bon001 for the tip.
Posted by Mods TeamKristenSite at 9:29 PM No comments: Links to this post

'Lizzie' will screen at the London Film Festival in October 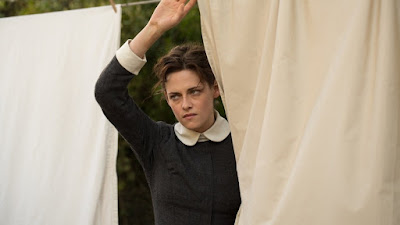 Chloë Sevigny and Kristen Stewart captivate in this bodice-ripping retelling of the strange and fascinating case of Lizzie Borden.


Tickets go on sale on 13 October. Click on the link here for details on purchasing tickets.


Source
Posted by Mods TeamKristenSite at 5:51 AM No comments: Links to this post 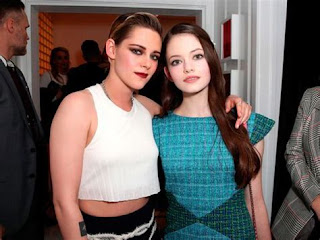 On her relationship with her former co-star, Kristen Stewart:

"To be honest, I haven't seen Kristen very much. She's just this incredible person. When it comes to her style, she reflects her own boldness and her mind."

Source
Posted by Mods TeamKristenSite at 12:50 AM No comments: Links to this post 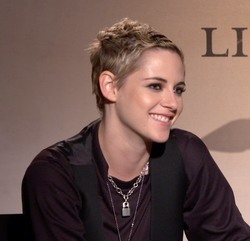 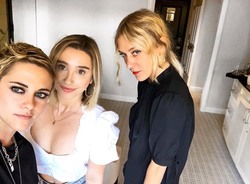 TIFF starts on 6 September and ends on 16 September.

Kristen has been confirmed to be attending the film festival (via TIFF).

In a stroke of dream casting, filmmaker Justin Kelly brings together Kristen Stewart and Laura Dern to tell a story that's stranger than fiction, wilder than fact, and full of the drama we need right now. Jeremiah Terminator LeRoy is a delicious dive into the hubris, risk taking, and jealousy that so often surrounds great talent.

Laura Albert (Dern) writes tough, insightful fiction under a pseudonym, JT LeRoy. Her JT is not just a pen name but a whole persona, a teenage boy from West Virginia living a dangerous life as a truck stop sex worker. Laura was born in Brooklyn a generation earlier, and grew up in New York's punk scene. Writing books such as The Heart is Deceitful Above All Things as JT gives her complete freedom to explore the darker regions of human experience. Readers love it. The media loves it. They love it so much that they begin to demand JT in person. As journalists press for interviews with JT, turmoil mounts with Laura's husband Geoffrey (Jim Sturgess) and sister-in-law Savannah (Stewart). Partly from desperation, partly for kicks, they conspire to have Savannah don a wig and sunglasses, adjust her voice, and become the teenage boy author.

A former protégé of Gus Van Sant's, Kelly graduated from music videos to directing the acclaimed independent films I Am Michael and Welcome the Stranger. Here, he invites his audience along on what may look like a very strange ride. Layers of artist masquerade? Yes. Gender fluid everything? Naturally. Queer looks? Of course. Stewart and Dern, who've long proved their ability to make creative leaps look perfectly normal, are at their best here. As everyone's persona begins to bleed a little around the edges, it just makes the world that much more exciting. True story.

Source: TIFF
Posted by Mods TeamKristenSite at 11:56 PM No comments: Links to this post

New Project: Kristen to star in 'A Life in Men' a Netflix TV series produced by Charlize Theron

Netflix has put in development "A Life in Men", A TV series based on the 2014 novel of same name by Gina Frangello. Here's the logline:

The friendship between Mary and Nix had endured since childhood, a seemingly unbreakable bond, until the mid-1980s, when the two young women embarked on a summer vacation in Greece. It was a trip initiated by Nix, who had just learned that Mary had been diagnosed with a disease that would cut her life short and who was determined that it be the vacation of a lifetime. But by the time their visit to Greece was over, Nix had withdrawn from their friendship, and Mary had no idea why. Three years later, Nix is dead, and Mary returns to Europe to try to understand what went wrong. In the process she meets the first of many men that she will spend time with as she travels throughout the world. Through them she experiences not only a sexual awakening but a spiritual and emotional awakening that allows her to understand how the past and the future are connected and to appreciate the freedom to live life adventurously.

Kristen Stewart (The Twilight Saga) and Riley Keough (The Girlfriend Experience) will portray the lead characters of Mary and Nix, though it has not been revealed who will portray which role.

Per Prod Week, the show will be produced entirely in Europe.

Charlize Theron (Mindhunter, Girlboss) will produce the series through her company Denver and Delilah Productions which is under an overall deal with Universal Cable Productions. Sarah Walker (Home & Away, Neighbors) will write.

The author of 'A Life in Men', Gina Frangello, commented on author of 'The Chronology of Water' Lidia Yuknavitch's Facebook page comment on the project:
"I think we are Kristen Stewart sisters! CONGRATS on her producing CoW!!! I can’t wait!"

Source
Posted by Mods TeamKristenSite at 11:54 PM No comments: Links to this post 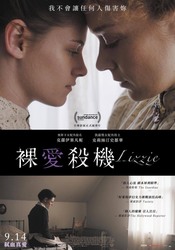 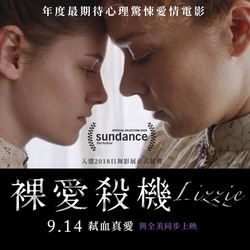 
'Lizzie' is released in Taiwan on September 14.

Source Thanks to kiera_ryn for the tip.
Posted by Mods TeamKristenSite at 11:43 PM No comments: Links to this post 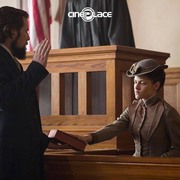