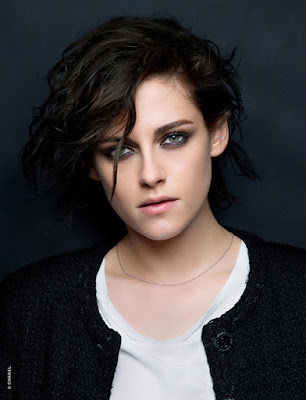 PERFUME PERSONA: Chanel has named Kristen Stewart as the face of its upcoming Gabrielle Chanel women’s perfume, created by Olivier Polge and the house’s fragrance creation and development laboratory.

The actress will appear in September in the film campaign for the scent that was shot by director Ringan Ledwidge. The print ad was lensed by Karim Sadli.

Stewart has been a Chanel ambassador since 2013. She has been the face of campaigns for the Métiers d’Art collections — Paris to Dallas in 2014 and Paris to Rome in 2016 — and currently stars in the house’s ad for the Gabrielle bag.

Stewart was appointed Chanel’s face of makeup in February 2016, and appeared in its campaigns for the Eyes 2016 and 2017 color-cosmetics campaigns and the Fall 2016 Le Rouge Collection Number 1 advertisement.

She has starred in films such as “Personal Shopper,” “Café Society,” “Still Alice” and “Clouds of Sils Maria,” and in the hit TV series “Twilight.”

Next up, Stewart will feature in the movie “Lizzie,” directed by Craig William Macneill.

“Come Swim,” the short film that marks her first time directing, has been screened at the Sundance Festival and will be shown at the Cannes Film Festival later this month.

Chanel has just announced the new face of their latest fragrance, Gabrielle Chanel. Kristen Stewart, the beauty muse for the rue Cambon house, has drawn the lucky straw, herself an embodyment of the sense of liberty in all its forms for which Coco was known before her. Ahead of the launch, Vogue.fr has an exclusive preview of the campaign.

With Chanel paying tribute with their latest perfume to Gabrielle Chanel, taking inspiration from Coco's mantra of "choose, want, be", it was only natural that the French house would opt for a mould-breaking muse to front the campaign. Who better than their ambassador since 2013, Kristen Stewart, with her unfaltering sense of freedom and her bold attitude, just like Coco herself? Ahead of the release of Come Swim, her first short film at Cannes this year, the 27 year old director and actress, shot an enigmatic campaign with Karim Sadli for the perfume. As we wait to try the much anticipated fragrance designed by Olivier Polge, though the fragrance is shrouded in mystery, we do know that the task of directing the video was given to the young British director, Ringan Ledwige. Expect big things this summer.

The Gabrielle Chanel perfume will be available this summer.


Posted by Mods TeamKristenSite at 4:38 AM