Kristen's interview with the Toronto Sun about 'BLLHW' and more 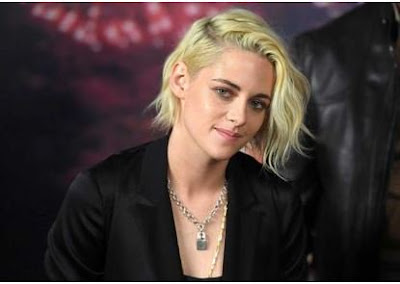 Straight from press conference to photo shoot to me, Kristen Stewart is set to promote Billy Lynn’s Long Halftime Walk, when an assistant enters the room and tosses a pack of cigarettes.

Brightening, she rips open the pack, and heads to the hotel window, thoughtfully grabbing my digital recorder (“So you don’t miss anything”) en route to sitting on the sill, a little fidgety and blowing smoke out into the Manhattan air.

So we sat, 10 feet apart, talking about Ang Lee’s awkwardly-titled movie, taken from a Ben Fountain novel about a group of Iraq soldiers who go “viral” with video of their fruitless attempt to save a comrade (Vin Diesel), and who are honoured during halftime of a Texas NFL game (the Cowboys in the book).

They’re followed by an agent (Chris Tucker), who’s intent on turning their story into a Hollywood movie.

Stewart seems to have emerged from the glare of playing Bella Swan in the Twilight series with a remarkable measure of respect. The onetime child actress became the only American ever to win a Cesar (the French Oscar) when she won Best Supporting Actress for Olivier Assayas’ Clouds of Sils Maria

And she owns one of only two female roles of note in Billy Lynn’s Long Halftime Walk – Kathryn, the sister of Billy (Joe Alwyn), who’s furiously trying to get her brother treatment for PTSD before he re-ups for another tour of duty in a pointless war.

But conversation about the film has been hijacked by its cutting-edge technology. Lee shot it at 120 frames per second (24 has been the normal standard for generations), and it was shown in some early screenings in 3D and 4K HD (in Canada it is being shown in 120 fps in three theatres only, with the rest showing it in a 24 fps format). The result is disconcertingly like being in the same room with the actors.

A lot of actors are uncomfortable seeing themselves on screen. What was it like to see yourself right down to the pores?

I feel different with every movie in terms of trying to watch it. But seeing myself that way wasn’t a vanity issue. Emotionally speaking, there was a vulnerability to it. As an observer, as an engaged party, you see more nuance in the facial expressions, for example. You’ve never had anybody look down the barrel of a lens in a close-up like this before. It’s strange for me to be so out of my element, because I’ve been doing this since I was 10 years old. But it is a new experience. And I’m thoroughly obsessed and enamored with process. I especially like the idea of using technology to get closer to something rather than farther away.

Your character’s scar (from a car accident, and an integral part of the plot), was a lot more noticeable that it would have been in normal filming.

Absolutely. That’s an example of what I’m talking about.

At the press conference, the book’s author Ben Fountain said this was a story about what it’s like for soldiers returning from wars fought for bulls--- reasons.

Yeah, that was bold.

Beyond the Iraq war itself, was Billy’s a bullsh—war fought for personal reasons? (He beat up the boyfriend who caused the accident, and was given a choice in court of jail or enlistment)

There are things in life where there seem to be sole reasons why something happens. And sure, that’s why he joined. But his sister’s perspective would be, ‘You made all these other decisions leading up to that moment and you have to take personal responsibility for them.’

Makenzie Leigh (the other main actress in a movie filled with men’s-men like Vin Diesel and Garrett Hedlund) called this a movie about male sex roles.

It really is. One of my favourite moments was when they’re told Hillary Swank might consider playing Billy’s character, and they just about go crazy. But Ang Lee is, like, the most unbiased, sweet, loving person, with a lot of faith in people. And I think that comes out in the love story, and the story between the brother and the sister. It even comes off in the camaraderie the boys share. I didn’t feel alienated by it. I felt like I’d really been allowed into something. Whereas, if another filmmaker had done this movie it would have felt quite different.

It’s cool that this movie is also about football, since that’s as militaristic a thing as there is in civilian life. And particularly in Texas, where it’s like a religion.

I know. And ‘We wanna win’ has kind of invaded every aspect of our lives. We stage self-inflicted parameters of competition, there’s an underdog, there’s a winner. So much of what we ingest through the media is not something we feel humanly connected to. It’s like a show we’re watching, and we value our entertainment above most things in this country.

Well, awards season is coming – when we turn art into competition. And I’m here talking to the first American to win a Cesar.

How did you relate to this particular war?

I was in the sixth grade when the Twin Towers were hit. I grew up with it, but it’s difficult to digest what it was about by the conflicting ways it was presented to my generation. I really like the fact that I have four or so scenes to say a lot, to say something really simple about it actually. Because I think she’s just saying, ‘I would like my brother to have a well-rounded opinion on what he’s giving his life to. That’s important to me.’

Are you a politically active person?

I’m starting to be. Without standing on any soapbox, I know I definitely have more access and attention than the average 26-year-old. I don’t claim to know how fix things. I have no idea about the state of our country or how to make things more fair. But I’d like people to vote and seek out information before they do. That way, you make a decision instead of saying, ‘Well I don’t know, I guess it just happened to us.’

You just did another film with Olivier Assayas, Personal Shopper (a ghost story in the fashion world, it won a Best Director award at Cannes).

It was really cool. Olivier has this ability to tell stories about invisible things that are intrinsically felt and not easy to define.

You’ve got a streak going with him. You could be his muse, like a personal rep company.

I hope we do develop a relationship like that. Good things happen fast. We did these two movies pretty close together. And I think there’s something about threes that’s significant.