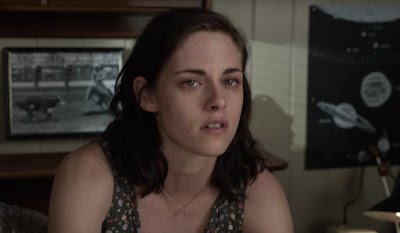 What was the motivation behind inventing a new kind of cinematic language for this film?

Ang Lee: I believe art is what you don’t have, not necessarily what you do have. That compensation very frequently becomes the art itself. Twenty-four frames per second has been the standard for almost a hundred years, and has given us so much great art and so many great movies. How dare I challenge that? But when it comes to digital cinema, I just get the urge to see dimension, and when I see dimension, 24 frames per second doesn’t suffice, which leads to the next step. And I know that is a big leap.

Do you think this is the next step in the evolution of cinema?

AL: I have no interest in technology. But since I did [Life of] Pi, I’ve seen what digital cinema can do, and what it does is allow cinema to be dimensionalized, to be seen the way our eyes see. This seems like a logical step for me. I think it’s just the beginning. It can do anything, as long as you know how to do it. I know eventually I want the reality of a thing, the information. I want to read faces, and the close-up of the human face and the spaces that you put them in — that really draws me in.

As an actor, what was it like to be approached with this whole new way of making a film?

Steve Martin: Going into it, I thought, “I’m 70 years old, and I’m going to be shot in high-def, with no makeup. I’m gonna look fantastic.” You know how you take a photo of your dog with your phone, and their nose comes out, and it’s so cute, because the nose looks almost as big as their head? I thought, “I’m gonna be in 3-D; does that mean my nose is going to be poking out into the audience?” But I prepared for the role — I went to fancy restaurants, I drove around in fancy cars. But I was impressed by the idea of the technology.

So there was an appeal in the newness and potential of it?

SM: The camera was actually quite physically beautiful, and I became rather attracted to it. It’s a gorgeous piece of machinery, and the operation of it is so skillful. I felt like I could only act, and do my job. And it felt like, a lot of the time, that we weren’t really acting; it became quite a natural experience. As a process, it became really fun, especially when working with so many talented people.

It seems like one of the main recurrences in both Fountain’s book and in the film is the way in which no two people seem to know what the concept of “supporting the troops” means or entails. How did you approach that?

Kristen Stewart: What I found most interesting about this was that you have [Kathryn, the titular character’s sister], who is essentially a pacifist, but who never expresses her liberalism in any way that isn’t humanitarian. She’s never provoking anyone, and she’s being made to acknowledge a gap that has grown between her and someone that she’s known her entire life but can now no longer hold as close as she has before, because they’re now completely different beings. That changes a person, when you can no longer keep someone close enough to love them and comfort them as much as you want to. You’re so deep inside of something that you’ve never been able to get an exterior perspective on, and is that fair? Can you be proud of that?

It’s very contentious now in modern storytelling: Who can represent whom? How do we responsibly tell the story of others?

KS: I have so much more distance than someone who has served does, yet I still have that same feeling. Can I own my feelings? Do I really understand the situation? I think Kathryn is coming from a place of, “Let’s understand what we’re fighting for.” It’s a personal response, but she’s genuinely worried for him. Because what’s going to happen when his training fades, when the conditioned responses fade and you have to be a human being again who doesn’t necessarily know how to contend with what happened? And further on from that, how do we contend with having put those people there, in that situation?

She’s a different kind of a character than we usually get in stories about military families.

KS: She’s the personification of Question, rather than Opinion.

Are there any of your other films you wish you could have had this technology for?

AL: No. Only a few shots in Hulk. He has a big head, and the separation between the eyes is greater than a normal human head, so you can represent “puny human.” It’s not for everything.

Are you at all worried about how audiences will react to the film, especially depending on how they are able to see it?

AL: My eyes are different than your eyes, because I’ve been doing this film for two years. Before that, it was a four-year struggle getting into digital cinema and 3-D. I think you get used to it. I think it can allow you more ways to put things together in your mind, and when you have more and more detail from the image, more information, it’s not necessarily overwhelming. It becomes comforting.