Kristen's interview with The Globe & Mail 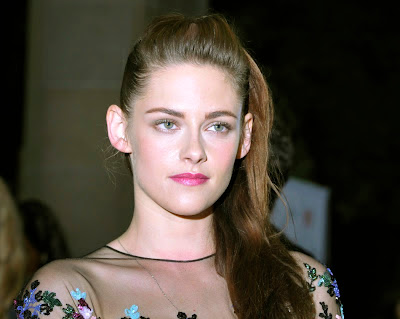 “I signed a copy of East of Eden last night,” says Kristen Stewart. “I was like, what the …”

You’d have to see her to know she doesn’t believe this herself. There’s the ironic emphasis on Eden. There’s her self-deprecating smile gone awry. There is, in every Stewart interview, a certain undisguised incredulity at the people who’ve made her famous.

In 10 minutes she tells you nothing about herself, but in the inflection of 10 words she says everything.

This TIFF marks Stewart’s first public appearance since her first public scandal – and even more public apology. As you can’t help knowing, she was photographed kissing her Snow White and the Huntsman director Rupert Sanders (a married man) two months ago. Her boyfriend, Twilight co-star Robert Pattinson, was not in the picture. Within hours of Us Weekly’s publishing this frankly boring evidence, the girl who’d never said she was in love had to apologize in front of everybody. It was a sorry sight, for sure.

But on the red carpet for On The Road, a special presentation at TIFF, her fans had either forgiven or were smart enough not to care. She isn’t lying about Steinbeck, who is, by the way, her “favourite favourite author.” From the other side of the handrail, I watched her graffiti a fan’s brand-new paperback. Her right stiletto trembled more than her left.

Today, tucked into the Intercontinental Hotel for a round of tape-recorded torture, Stewart is wearing flats. She sits cross-legged and impatient, like a kid on a too-short chair.

After a few minutes I point into her lap and she thinks I’m complimenting the flats, which are very faux-punk pirate. No, I’m pointing to the splint on her middle finger. She laughs, then mimics herself: “Aren’t my shoes great?”

Stewart is so private that when I ask what happened, she says only that she broke her finger (duh). And in person she is chill but so fierce-looking and wounded, like one of those stray cats who despise your kindness, that I don’t ask again.

We talk more about books. Stewart loves not just male writers, but dude writers: Charles Bukowski, Henry Miller, and Jack Kerouac, who led her to the others. It’s his original scroll of On The Road, sensorial and vital and raw, that Walter Salles ( The Motorcycle Diaries) transmogrifies into this wish-fulfilling ramble of a film.

“I think if you were to watch a true depiction of the novel in every sense, if you could predict every line, it would be so not the experience of reading the book,” says Stewart, who read and fell in love with it when she was 14. “[Salles] didn’t change things just to have a beginning, a middle, and an end to satisfy people. I do really feel the same thing when you read the book: there are so many things presented to you, so many streets you could decide to walk down.”

Stewart has decided to walk the freeway. Before Twilight came out, she signed to On The Road as an indie darlin’. After Twilight , jokes her co-star Garrett Hedlund, she’s the reason On The Road got green-lit. (Hedlund and Stewart are doing all their interviews together, which one imagines is more for Stewart’s sake than his.)

A week before Salles began shooting, Stewart went on a road trip with two of her friends. Did she drive? “No,” she says in the eye-rollingest tone. “I was driven. On my road trip.”

They made it to Ohio. Ohio? That sounds like the saddest adventure. “It’s not sad! It was so cool.” She almost smiles. “It’s about the reach, babe.”

I know it is easy to fall in love with interview subjects, especially when they’re also intergalactic movie stars with morning-after hair and absinthe-green eyes. I know they do it to you on purpose. I’m in love.

Which is why I cringe asking her whether it was a relief, given the scrutiny she’s under, to play Marylou. Marylou, who does whatever she wants and never feels bad about it. Marylou, who is free.

A look crosses Kristen Stewart’s face that makes me want to quit my job and jump out the 10th-floor window, so don’t you ever tell me she can’t act.

“It’s funny,” she says, finally. “Getting to know the people behind the characters made it a lot easier to play her. I don’t want to say like a prop, but she’s … it’s just that she is like scenery a little bit. You can connect the dots and wonder what kind of person it would take to do that, but knowing her, she had a capacity for – honestly, I mean she’s really a female version of Neal. I mean, she, she grew up with him, she was kind of raised by him, um …”

Not until I play back the tape do I guess that Hedlund interrupts now to protect her. In seeming to answer the question about her character and not about herself, Stewart talked more about herself and her boyfriend than she should have.

“I was thinking about that question,” Hedlund says. “And it’s like, we got to live a fearless life for a chunk of time before we had to go back to a life in which we had something to lose.”


Source via fiercebitchstew thank you.
Posted by Mods TeamKristenSite at 9:15 PM

Email ThisBlogThis!Share to TwitterShare to FacebookShare to Pinterest
Labels: interview, On the road, TIFF