Kristen will direct a short film for Refinery29’s ShatterBox Anthology 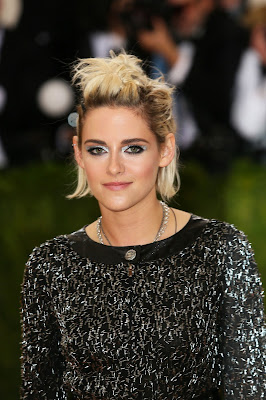 The company announced the partnerships and unveiled more than a dozen original series at its Digital Content NewFronts presentation Monday evening. Refinery29 also announced the launch of VR29 Studios, a virtual-reality production studio, along with two dedicated YouTube channels — comedy channel RIOT and Brawlers, covering women in sports — as well as programming queued up for Facebook Live and Instagram.

The company’s ShatterBox Anthology is a series of 12 short-form original scripted films created by female directors, writers and animators, launched with creative support from Women at Sundance, as well as advisory support from Killer Films’ founders Christine Vachon and Pamela Koffler.

“We are proud to be collaborating with award-winning talent to create a slate of female-focused content that showcases what it is to be powerful in a nontraditional way,” said Amy Emmerich, chief content officer at Refinery29.

Since launching original programming in April 2015, Refinery29 says its audience has watched over 4.2 million hours of video on Facebook and YouTube. The company noted that one of its original series, “The Skinny” — a dark comedy about bulimia starring, written and directed by Jessie Kahnweiler and executive produced by Jill Soloway, Andrea Sperling and Rebecca Odes — premiered at the 2016 Sundance Film Festival.

Meanwhile, Refinery29’s VR29 Studios, with a dedicated staff of eight, is slated to launch one VR/360-degree video per week for the remainder of 2016 starting in June. The content will explore a range of subjects including music, fashion, theater, sports and travel.

Shows in Refinery29’s 2016 programming slate include:

“Champions of the Universe”: Part of the new Brawlers channel, the docuseries features five-time world record holder in hula-hooping, Marawa the Amazing, as she travels the world in search of fellow record breakers who are raising the bar of human achievement.

“Chasing Daylight”: This Facebook Live series will broadcast daily conversations with global tastemakers and influencers. From Sydney to Bangkok, the show’s hosts will live-stream one hour of their day, creating a dialogue around beauty, style and culture.

“Knock Out”: Docu-series on Brawlers about the world of female boxers that includes three-time Golden Glove winner Alicia Napoleon.

“Naked Truths”: A weekly YouTube series in which social influencers will be invited to join a cultural conversation about beauty norms, starting by removing their makeup on camera.

“Short Cuts”: Dedicated Facebook channel with daily beauty tips will feature YouTube star Gigi Gorgeous and other influencers from Refinery29’s talent collective Here and Now, alongside women from the company’s staff and other collaborators.

“Sound Off”: Docu-series about emerging musicians around the globe, profiling artists including Sunflower Beam, Princess Nokia and Karol Conka, set to include a VR/360 companion series.

“Strangers”: Long-form scripted comedy from producer Beachside Productions, writer-director Mia Lidofsky and exec producer Jesse Peretz (co-executive producer and director of HBO’s “Girls”). The show is about a young woman, Isobel Song (played by Zoe Chao), navigating the most emotionally complicated time in her life while dealing with a revolving door of new guests staying in her house’s spare room.

“What We Teach Girls”: Docu-series from Disney’s Maker Studios executive producers Morgan Spurlock and Jeremy Chilnick of Warrior Poets exploring the lessons and values girls are taught throughout their lives in their respective communities. Each episode features juxtaposing stories of two very different girls from vastly different subcultures.

In addition, Refinery29 announced a partnership with the Columbia University’s Digital Storytelling Lab to form the Empathy Lab, a program to explore how power is represented in conversations online and digital content and aims to establish tools for young people to enact change. The company said the Empathy Lab will inform its programming strategy and support its goal to build a more “creative, supportive and sustainable” industry for women in entertainment.

Refinery29 says it reaches more than 175 million unique monthly viewers across multiple platforms and 25 million on the web, and serves up more than 100 million video views per month.

Refinery29 has raised about $80 million to date from investors including Scripps Networks Interactive, WPP, Stripes Group, Floodgate, Lead Edge Capital, First Round Capital, Lerer Ventures and Hearst. The company has grown to more than 400 employees at its New York headquarters and offices in Los Angeles and London.

The Café Society actress is joining R29’s ShatterBox Anthology, which has committed to bringing short films from 12 female directors, writers and animators that explore the dynamic of power. The first project to result from the ethnology is Chloe Sevigny’s Kitty, which will premiere at Cannes. Stewart’s project is currently titled Water. Few other details have been released.

Starlight Studios worked with Kristen on Sage + the Saints music video 'Take Me to the South'.
Posted by Mods TeamKristenSite at 9:52 PM