New quotes from the roundtable interview in Cannes (The Independent) 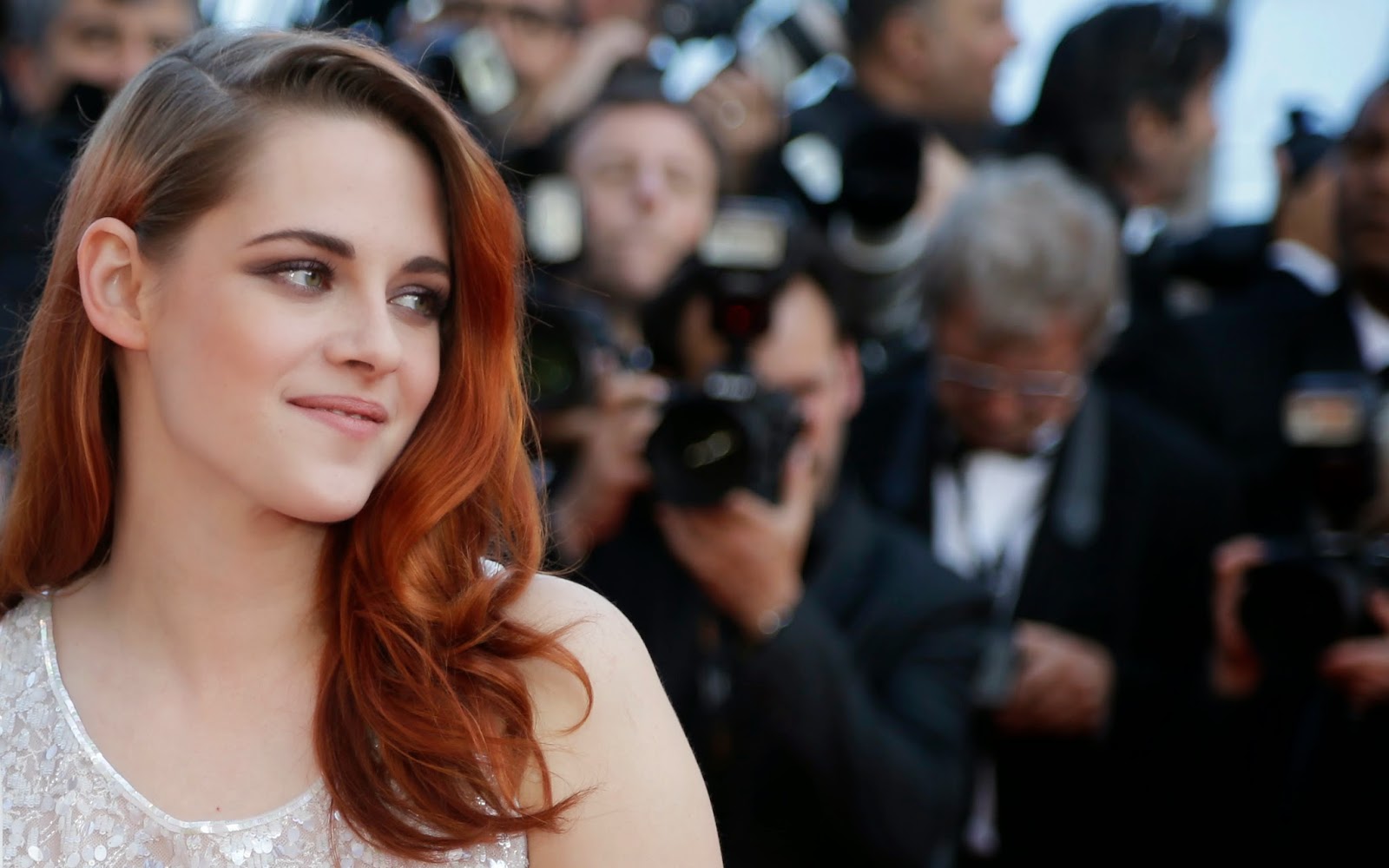 The French-set drama deconstructs the media’s reaction to celebrity. Stewart plays Val, American assistant to a superstar actress Maria Enders, played by Juliette Binoche. Enders is at a career crossroads, bored of making the occasional Hollywood blockbuster and with European art-house hits few and far between she is faced with the conundrum of whether to accept a part in the revival of the play that made her famous. The twist is that this time round she has been asked to play the mother and not the starlet. To add a further layer to the fact-versus-fiction underbelly, the film’s director Olivier Assayas wrote Rendez-vous, the 1985 film that launched Binoche. The key scenes of Sils Maria are numerous discussions between Maria and Val, about life, love and art.

“Oh dude!” says Stewart (Americanisms such as “dude” and “it’s like” litter the 24-year-old’s speech). “This part is so perfectly timed and coincidental, it’s so perfectly cast. Olivier didn’t write it with me in mind, but as soon as he and his producer Charles [Gillibert] were considering casting this part – I had worked with Charles on On the Road – they sent me the script and it was, like, ‘God, this is perfect’. It’s just so much more relevant for me to say these words. It’s not why the movie was made, but it was really fun to say in a film, out of the context of an interview, that it is so ridiculously scary, weird, super-surreal and odd that people are obsessed with voraciously consuming bulls**t.”

I’ve chatted to Stewart twice before, the first time on the set of Adventureland when she was 17, just before Twilight changed her life, and another when helping out on an interview she was doing with Stephenie Meyer in 2012. The second time she struck me as incredibly fragile, both times she was nervous. She is now made of firmer stuff, her whole demeanour far more confident.

Getting attention is something that Stewart has done ever since she appeared in David Fincher’s Panic Room aged 12. “I am really lucky. My mum and dad work on film crews. So I grew up on film sets and the family friends would always be the directors that my mum was working with, or whatever.” Aged 13, she appeared in a film, Speak. “My parents had the coolest job in the world. I wanted to be a crew member but at that age the only job you can do is be an actor... So then I became really serious about it.”

(On her tattoo:)
“It’s part of Guernica, a Picasso painting that I saw when I was 18 in Madrid and it floored me. It was the first time I’ve ever responded to a piece of art like that. It’s a sort of dismal depiction with this little shred of light – if you just turn the light back on everything will be fine. I like the imagery, the combination of the eye, the sun and the people as a light bulb as if they are making a movie. Literally, it’s just perfect for me. I love the memory and the idea: keep going, keep the f**king light on.”

“I’ve recently directed this music video [Sage + The Saints’ “Take Me to the South”] with my friend. It’s something that I did in four days, a fun story that pertains to her song. But I’m not trying to show anyone anything, yet it will get attention it probably would never normally get.”

Find more quotes from this roundtable at our post here.

Posted by Mods TeamKristenSite at 2:26 PM