Kristen confirmed to star as Jean Seberg in 'Against All Enemies' 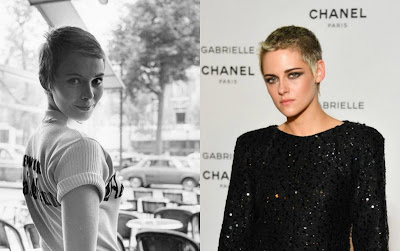 Kristen Stewart is set to play iconic actress Jean Seberg in Against All Enemies, a hot and timely package that’s come together with an all-star cast. A political thriller directed by Benedict Andrews (Una), the story is inspired by true events about the Breathless pixie who in the late 1960s was targeted by the illegal FBI surveillance program COINTELPRO. Fred Berger (La La Land) and Brian Kavanaugh-Jones of Automatik are producing alongside Kate Garwood and Stephen Hopkins, as well as Andrew Levitas of Metalwork Pictures. Memento Films International is handling offshore sales. UTA and Endeavor Content are repping North America.

Seberg, an American actress who spent half her life in France, was a darling of the French New Wave. Because of her political and romantic involvement with civil rights activist Hakim Jamal (Mackie), she was also a target of the FBI’s attempts to disrupt, discredit and expose the Black Power movement. O’Connell plays the ambitious young FBI agent assigned to surveil her, only to find their fates dangerously interwoven.

Stewart has herself become a darling in France where she has starred in two films by lauded director Olivier Assayas. The Twilight saga alum is the only American actress ever to win a César Award, the country’s equivalent to the Oscar. She scooped that trophy for Assayas’ 2014 Cannes pic Clouds Of Sils Maria. Stewart is repped by Gersh.

Acclaimed stage director Andrews made his feature debut with 2016’s Una. His current West End production of Cat On A Hot Tin Roof stars O’Connell, Sienna Miller and Meaney. Of Against All Enemies, he says, “Anna and Joe’s brilliant screenplay combines the torque and epic scope of a conspiracy thriller with the raw intimacy of a love story. I’m thrilled to be working with such an extraordinary ensemble, led by some of the most outstanding actors working today in Kristen, Jack and Anthony. I can’t wait for the collision of these electric talents as Jean, Jack and Hakim.” Andrews is repped by UTA and Judy Daish.

The producing team chimes in, “We feel unbelievably lucky to have Benedict Andrews’ fierce talent coupled with an astonishing ensemble of actors giving voice to this riveting and frighteningly urgent story.”

France’s Memento is coming hot off its success with Academy Award winner Call Me By Your Name. The company calls Against All Enemies, “a profoundly topical movie, both thrilling and moving. Kristen Stewart will give the depth required for this fearless character, supported by an amazing ensemble cast. It will be an epic tale of conspiracy and glamour. We couldn’t be more excited to be part of this outstanding project.”

O’Connell (Unbroken) is repped by CAA and Conway Van Gelder Grant; Detroit and The Avengers series’ Mackie is repped by UTA and Inspire; Qualley (Novitiate) by UTA and 360; and Meaney (Hell On Wheels) by ICM. Shrapnel and Waterhouse, who are adapting Pulitzer Prize winning novel Blood In The Water for Amy Pascal, as well as writing Edge Of Tomorrow 2 for Doug Liman and Christopher McQuarrie at Warner Bros, and have The Aftermath starring Alexander Skarsgard, Jason Clarke and Keira Knightley to be released by Fox Searchlight later this year, are represented by CAA and Grandview.

For our previous post on this project in Production Weekly (via @TeamK_1) please go here.